More UK tour activity, this time The Tubs are out and about with Garden Centre

In a rare spate of promotional activity some of our bands are undertaking UK tours.

Here are the Mt Mis dates.

Apologies it’s been a while. We gave up using social media for Lent, and then we decided to join the blackout in support of the footballers being racially abused,  and you know how it is, you get out of the habit of doing something …

Anyway, we have never hidden our displeasure at using Social Media – does anyone under 100 still use Facebook? Should you ever use a platform your parents are on? Wasn’t Instagram just fine 3 years ago  when it was photos of peoples pets doing dumbass shit?

Do we need to be plagued with advertisements for over-priced crap we don’t need, or a lifestyle we don’t aspire to?

We would also argue that if Alan Partridge once boasted of having 104 friends, does anyone actually need more than 104 Twitter followers?

You maybe thought at some point we were going to get slicker and more professional (some of our bands definitely hoped we might) but the reality is that we won’t. It will continue to be us putting out what we think are great records, and then hoping we sell some.

As some of you are no doubt aware “the industry” is currently subject to pretty horrific pressing plant delays. Like most UK labels we press records in the EU, and thanks to Brexit/Covid the turnaround times have gone from 12 weeks to 30 weeks.

To add insult to injury, the plant we use in the Czech Republic (Semi Finalists in Euro 2004- we are contractually obliged to mention this) has whacked up prices for pressing 7 inch singles by 20%!

Putting out 7 inch vinyl was already commercial suicide, so things just got a whole lot worse. Is this us breaking the news as gently as we can that we are putting prices up? Sort of.

We are still going to continue pressing on 7 inch, but wherever possible we will press EP’s ; whatever happens we will continue to sell to you at the price it costs us, and we will still try and press in volumes that mean everyone gets the opportunity to buy at cost price.

Things my change in the future, but for now we will stick by our DIY principles. We don’t normally do politics, we assume that everyone knows where we stand , but given the current UK government seems hell bent on destroying the creative arts, can we also urge folk in the UK to get out and vote tomorrow, and to vote for people like us that still give a shit about the stuff that matters..

Even though we have been out leafletting in Hartlepool for the last three weekends (because there’s a by election here as well) we wouldn’t be so arrogant as to tell you how to vote, we would just encourage you to make sure you do.

So anyway, here’s what our fucked up release schedule for 2021 has in store for you – this stuff is recorded , and mastered, and somewhere in the Czech Republic:

Late June 2021 – Prefect LP 001 – Mt. Misery – Debut album, pressing of 250 in red vinyl and there’s a Rough Trade only edition of 100 in cream vinyl. Will be available to pre order from next week. It’s basically 10 beautifully crafted and delivered sad songs. We absolutely love it and hope you will too.

Late July 2021 – Prefect 005 – The Tubs – Names EP. A joint release with legendary US label Trouble In Mind to whom the band are now signed. It sounds like Swell Maps playing Velvet Underground songs. It’s on orange vinyl with us, and it’s another limited edition release.  Pre Order from today with either ourselves or Trouble In Mind if you live over the Pond and want to save on shipping costs.

October 2021 – Prefect 006 – Another EP, this one is three tracks on limited edition grey vinyl. It’s by a band doing their first single for us that we are admittedly obsessed with.  Sean at Rough Trade reckons it sounds like a cross between Postcard, The Prefects and The Wedding Present. The sleeve features a burnt out car. It’s fucking great

December 2021 – Prefect 007 – A limited edition 7 inch single on what could best be described as a minty green coloured vinyl. Recorded especially for the label by someone whose music has been admired by us for a very long time, but not so long that it makes them old. A really beautiful and very special release to round off the year.

Take Care – and make sure to vote

You probably saw by now , but we slipped out Prefect 4 the same day as Prefect 3.

Its a debut on vinyl by Mt. Misery. Some would say a long overdue vinyl debut.

Obviously I would say this, but I think its a really great record, Unfortunately the release party we had planned for it at The Georgian Theatre in Stockton on 4 Dec got put back, and has now been cancelled. Disappointing, but given the tiers of a clown fell heaviest once again on the North East of England, the right decision under the circumstances.

The good news for anyone that bought this and liked it, or who didn’t buy it but liked it, is that there is an album on the way.

Better news for us here at Prefect is that we will be the ones putting it out. And I say that as someone who has heard it.

Prefect 003 by GN is out on December 4th.
Another limited edition 7 inch ( 144 copies ) in handmade sleeves featuring original artwork by James Vinciguerra.

Get it before it’s gone

After what feels like forever, we thought we would give you a quick update on forthcoming releases.

Prefect 3 , a very limited edition 7 inch single will be out at the end of this month. Handmade sleeves, original artwork by James Vinciguerra, and two carefully crafted songs about Canary Wharf.

Prefect 4, a limited edition 7 inch single on cream coloured vinyl will be out first week in December. A pair of songs about heartbreak, regret, remorse and wrapped in sleeves we folded ourselves. Its an Autumn release, released in December. Sums up the label really.

Prefect 5 should be out early in the New Year. The Tubs finally going back into the studio to finish off the single they began recording for us in March the weekend before Lockdown kicked in. They tell us they now have enough songs to make it an EP. Sounds promising.

Ex Void are still a thing. Barely a week goes by without us being asked what’s happening with the band. They assure us they have recorded an album, though we have yet to hear any of it. Or see the artwork. It is coming though. Possibly in April 2021. 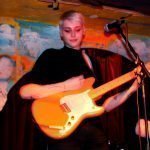 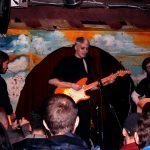 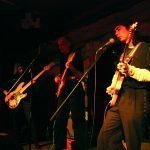 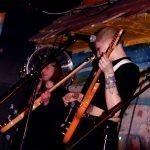 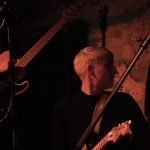 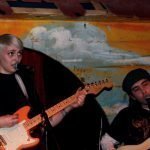 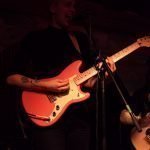 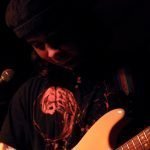 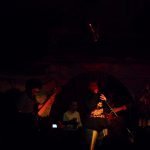 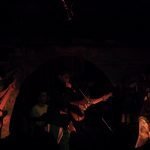 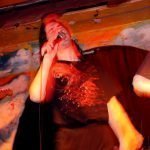 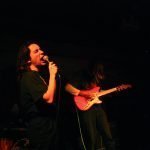 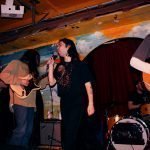 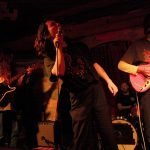 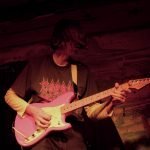 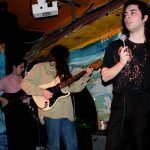 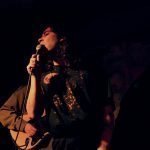 To celebrate the release of Prefect 002, which is a limited edition blue vinyl 7 inch by The Tubs, we will be hosting another free gig at The Shacklewell Arms, in that London, on Thursday 27 Feb.

Again we have some great bands lined up for you, so please come along and say hello, and if you have some spare cash, buy some merchandise from us.

If you have not seen it already the link to the video is here :  https://www.youtube.com/watch?v=kKf6qK8z-ko

Ex Void are braving the bleak mid Winter to play at DIY Space in Peckham on Sat 18 Jan.

Reminder that The Tubs are playing 27th December at the Andrew Buchan in Cardiff raising money for The Wallich Homeless Charity in the city . It’s a great cause ( and they are a great band ) so if you are around please support it.